Trash Bash 2013! Somerville’s First Recycled Arts Competition is less than a week away!  We have over 30 artists, including youth, who have submitted all sorts of wonderful creations.  We can’t wait!

We’ve put out a press release with all the juicy details.  Read on people! Read on! 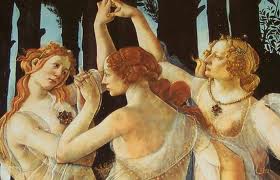 Somerville, MA, May 12, 2013 — 3 Graces Productions is proud to present Trash Bash 2013! Somerville’s First Recycled Art Competition.  An ArtsUnion Event, funded in part by the Somerville Arts Council, Trash Bash 2013! was designed to harness the city’s creative spirit while increasing awareness about the impact of consumerism upon our environment.  Additional sponsors include Winter Hill Bank, ReCover Green Roofs, Slumbrew, Ray Zonghetti Consulting, and Arts at the Armory.

Showcasing over 30 artists, including youth, Trash Bash 2013!  features art made from recyclable materials such as candy wrappers, found machinery and other objects, t-shirts, breast pumps (yes – seriously), various electrical parts, and much more. Winners will be determined by audience members and a panel of celebrity judges.

Joe Lynch and KyAnn Anderson, of Greater Somerville, serve as MC’s of this event, while judges include Jenny Brown of Somerville Climate Action, Pardis Saffari of Cambriville Connects, Michelle Fiorenza of the Nave Gallery and Holli Banks of the Scout Magazines. Workshops are provided by Somerville Climate Action, Somerville Local First, and Next Step Living! The amazingly local Slumbrew will be on hand providing delicious samples of their beer from 1 PM to 4 PM, and food will be available for purchase in the Arts at the Armory Cafe.  Guest musicians include Saladin Islam, David Tanklefsky, and Adela and Jude. Artists will have their wares on sale in the beautiful mezzanine at Arts at the Armory. Members of the public have an opportunity to participate in the creation of a classic painting made out of recycled materials. Other family friendly activities will be provided. General admission tickets are $5. Purchase tickets through Brown Paper Tickets at http://www.brownpapertickets.com/event/379912.

Lawrence and McLaughlin are driven by their mutual desire to build and celebrate community by creating inspiring events that spotlights the tremendous talents of local artists, musicians, craftspeople, artisan food and beverage producers and other small business owners in Greater Boston.